There’s not a lot that scares me. Capturing spiders is my job at our house and I don’t kill them. I very calmly catch them up in a tissue and take them to the nearest exit, where I shake out the tissue and wish them well. I’m not afraid of the dark either. And when I was a little girl, I would watch horror movies with my older sister. While she buried her head until the scary parts passed, I reassured her that the monsters were on TV so, therefore, couldn’t get us. And clowns? Please!

One thing I am afraid of is the stigma that surrounds mental illness.

When I started talking openly about being bipolar, it never occurred to me that it would be anything but a positive move. Just weeks into revealing my mental condition outside my family circle, my optimistic attitude started to feel a little myopic. A friend cautioned me about eating a fun-sized chocolate bar, afraid the sugar would trigger a depression. She acted out of kindness, as I had recently told her I was susceptible to the sugar blues. I assured her a little bit of chocolate wouldn’t send me into a tailspin.

It was a coworker, though, who most opened my eyes about the reality of living outside the mental illness closet when she said “Wow! You’d never know to look at you.” As if you can tell by looking at someone that they have diabetes, Crohn’s disease, asthma, Addison’s disease or any of a number of chronic illnesses.

I used to think I had no idea what she thought a person with bipolar disorder looked like. But I do. She thought the mentally ill look something like this: 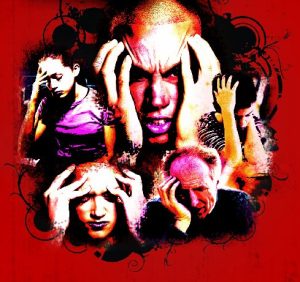 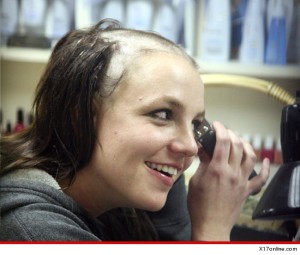 I’ve been around mental illness all of my life. Like many with bipolar disorder, I have the genes to thank for it. There was diagnosed alcoholism and schizophrenia, but also evidence of depression, anxiety, panic, PTSD. You name it; I’ve probably been exposed to it. So, I know that the mentally ill look just like me.

Lately, even that’s become a problem. Any time a horrific event takes place—say a school shooting—the first question after “Why?” is “Was he mentally ill?” Hell, it may even be the first question. Again and again, I read about people who “seemed so quiet” and “wouldn’t harm a fly” that just suddenly go berserk and shoot up whoever happens to be in their way.

No one knows who’s crazy anymore and that’s got people scared. So scared, in fact, that when the NRA talks about putting together a list of the dangerously mentally ill, it gets considered seriously enough that reasonable people have to point out how insane it is.

“Haunted Houses” are stigma factories. In Indiana, visit The Asylum House, where you can learn all about “Alice in Psycholand.” Or, head on over to Allentown, PA, for Psychopath Sanctuary. Promos for the attraction note that:

Several mental patients have escaped the state hospital. They are rumored to be hiding in an abandoned barn. Local residents have been reported missing. Neighbors of the barn have heard strange noises near the barn and believe people are being tortured there.

If you’re south of the Mason Dixon line, be sure to check out the Insanitarium in Alabama. It looks crazy fun, if the website can be trusted.

My mental illness genie is out of its bottle. But with one in four American’s experiencing some mental illness every year, it’s pretty clear to me that most of the mentally ill aren’t anywhere near pulling the cork on opening up about their own struggles and triumphs. And who could blame them?

I’ll get through Halloween, but next year, just maybe, I’ll trick or treat myself. I’ll go as an insensitive jackass. I’ll probably look something like this: 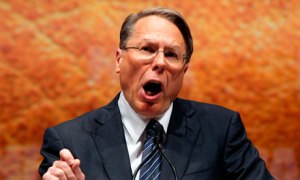 11 responses to “What scares me about Halloween”