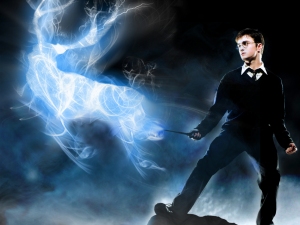 Publisher’s note: talking about bipolar disorder and other neurodiversities is common place at our house now, but it wasn’t always. As recently as last year, my teenage son and I had a fight–complete with yelling and insults–in a parking lot. The topic? Suicidal ideation. I’d thought he could handle his own depression and self-harming thoughts better if he knew I had successfully dealt with them. I discovered, instead, how angry and frightened my depressions make him.

I wish I’d read today’s post by notthissong a long time ago. An addict in recovery, notthissong is also a parent and has been diagnosed with bipolar disorder. Her words are uplifting and helpful in dealing with this important issue.

How do you explain clinical depression, or bipolar disorder, to a young child? When should you try to hide what you’re feeling, and when is trying to hide it counterproductive? Children are highly intuitive, and their B.S. meters are often better than ours. I have struggled with balance around these issues many times.

When my daughter was three, four, even seven, and she happened to catch me in a state of sadness (or worse, of flat affect), I never wanted to lie to her. My explanations may have been vague and unsatisfactory, but they were as honest as I could make them. I tried to explain that just as some people have troubles with parts of their body not working right, I have troubles in my brain that sometimes make me feel bad even if there is nothing bad happening. I tried to be matter-of-fact about it and about the times I needed extra help, but it was never an easy subject.

She was eight or nine the first time we went a little deeper into the subject. At the time, we were working our way through the Harry Potter series and she had already shown that she—like me—related well to metaphors taken from stories around her. So, one night, when we got into discussing depression, I made reference to monsters in the books, called dementors, whose presence evokes hopelessness and who can remove someone’s soul.

“Well, sometimes it feels like when the dementors come,” I said, “except it doesn’t actually get cold. And the good feelings are kind of sucked away, and the bad feelings get more powerful. I don’t like it.”

My daughter looked solemn. “Can you cast the Patronus charm? That’s the only defense against a dementor, you know.”

I smiled. “Not a corporeal one like Harry’s, because I’m not a witch…but I guess I fight with something similar. You have to summon a powerful positive memory to cast the spell, and I try to summon good feelings when I need to defend myself against the bad feelings.”

I wasn’t just humoring her…I really did see the value of that incantation the first time I read about it. It pleased me to think of that kind of fierce intention around it. A good question, truly…what thought, image, memory would I try to call up as I brandished my wand, in defense of my life or my very soul, and shouted, EXPECTO PATRONUM? Can I call it up now?

We moved on to other topics, but it was not the last time we used metaphors to discuss these things. I wish I could say that all of our talks were just for the sake of helping her understand my condition better and not be as worried by it. I wish I could say that, but I’d be lying. The truth…the truth is, she and I have some things in common, and I think I have known for a long time. I can read a family history, and I can recognize the kind of gifts that often come with a price. I knew that perhaps one day, she would need her own tools in her own battles of this type.

Fast forward to age thirteen, and the dementors came up again one night. “The Patronus charm makes no sense,” she told me. “How do you have a happy feeling when you are actually being attacked by a dementor? You can’t create a happy feeling out of nothing. It’s like those annoying people who say that you can cure anything by positive thinking. If Harry Potter were real, the dementors would rule the world.”

I thought for a while before I answered. She’s struggling with depression and anxiety now, and I don’t want to invalidate any part of that experience for her. I tread a fine line between mother, teacher, coach and fellow sufferer…and most of the time, I feel as if I’m falling off.

“Well,” I replied, “in the books they do say that only a few people are actually powerful enough to cast a Patronus in the presence of a dementor. I guess it takes a lot of magic, and a lot of practice. Magic is about intention, I think, and even non-magical people can learn to focus an intention powerfully.”

“Focus?” she scoffed. “How can you focus when it’s your mind that is being attacked? When the energy you use to focus is drained out of you?”

“I know,” I admitted. “It’s really hard…if it weren’t, we would never need any help. But we can get better at it. People who have cerebral palsy can learn to do some things using different parts of their brains to compensate for the damaged ones, and I think we can learn to engage parts of our imagination in new ways.”

I wasn’t sure what else to say. Too many pep talks would make her tune out, but I do long to convey a message not only of understanding but of hope. Not a don’t-worry-sweetie-it-will-be-just-fine kind of message, but one that comes from my own experience: it IS possible. Not easy, not consistent, but possible and well worth practicing.

Have you talked to your children about your mental health? What’s worked for you? Are there things you won’t tell them?

7 responses to “Expecto Patronum: What Harry Potter can teach us about explaining mental illness to kids”